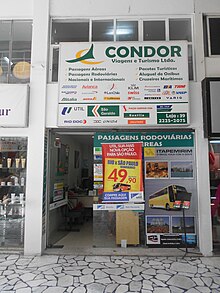 Bataan, a progressive province in central Philippines, is always associated with wartime events. It is the site of the infamous Death March wherein around 75,000 Filipino and American soldiers were forced to walk some 90 miles from Mariveles to Capaz, Tarlac. But aside from its rich historical past, Bataan is slowly but surely making a name in the travel industry, thanks to its astonishing attractions.

Bordered by the provinces of Zambales and Pampanga, Bataan covers a land area of 1,372.98 square kilometers. It is composed of 11 municipalities and one component city. The provincial capital, Balanga, is steadily becoming one of the major commercial cites in Central Luzon – the “Rice Bowl of the Philippines.”

Blessed with rich natural resources, Bataan is one of the favorite destinations among “green” people. It is home to premier bird watching sites, turtle sanctuaries, springs, waterfalls, horseback riding facilities, and other natural wonders that are truly world-class. Over the past years, the government has been doubling its efforts to make Bataan a really touristy province. Hotels and resorts are being built to provide visitors comfortable accommodations during their stay in the province.

Here is a travel guide to help would-be visitors to Bataan find more ways to love the province.

Dambana ng Kagitingan (Shrine of Valor) is a national landmark located on the summit of Mt. Samat in Pilar. This 92-meter steel, marble, and concrete structure was erected in 1966 in memory of Filipino and American soldiers who fought for the country during World War II. Every ninth day of April, a national holiday, government officials, foreign dignitaries, and ordinary people visit the shrine to pay homage to the soldiers’ heroism.

Nestled in the town of Morong, the Pawikan Conservation Center serves as a nesting ground for the highly threatened marine turtles locally known as pawikan. These reptiles belong to the sub-order Cryptodira. A typical Philippine marine turtle weighs between 180 and 210 kilograms. Pawikans are once abundant in the area but constant poaching has nearly wiped out their population.

Balanga is one of the certified birdwatching havens in the country. The coastal villages of Tortugas, Sibacan, and Porto Rivas are magnets for birding enthusiasts inside and outside the Philippines. The three areas are home to the black-headed gull, the great egret, the little egret, and the whiskered tern. Rare bird species such as the Asian Golden Plover and Kentish Plover also nest in Balanga.

Abucay Church is one of the historic sites in the province. It was built by Father Geronimo de Belen in the early 1600s. The church served as a living witness to the massacre of more than 200 people during the attempted Dutch invasion of the Philippines in 1647. This is also the site of the earliest printing presses in the country.

Other notable places to visit in Bataan are the Vietnamese Shrine in Morong, the Philippine-Japanese Friendship Tower in Bagac, and the Dinalupihan Nature Center in Dinalupihan. Most websites giving Philippine travel tips advise tourists to check out several tour operators and hotels for vacation packages they offered. This will help you lessen your burdens of finding a place to stay in and discovering more tourist hotspots in Bulacan.