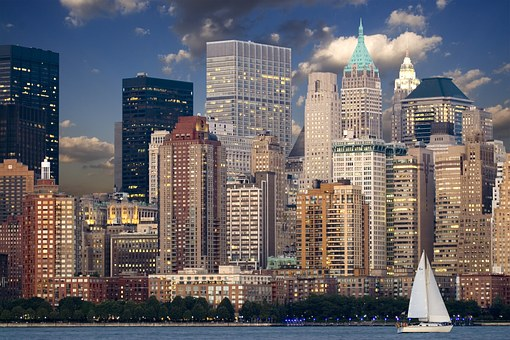 Given the enormous size of “The Big Apple” and the tens of millions of tourists who crowd its streets annually, learning to get around efficiently in New York City is virtually as important to planning your upcoming NYC trip as deciding on precisely where to go and what to do.

Driving in by car (or driving around in a rental car) is virtually the worst option for most people. The traffic is overwhelming to newcomers, and the city seems to have developed its own set of “driving courtesy” rules that the uninitiated are sure to violate.

As to getting into the city, JFK Airport is the most popular airport, while LaGuardia is the closest one to Manhattan. Newark Airport is the cheapest and least hectic way to fly in, however, it’s over in New Jersey.

But as to getting around inside the city itself, here are six great options (you may want to use all of them at one point or another on your trip):

For anyone who wishes to get a comprehensive overview of what NYC has to offer, especially if you have only one or two days to do it, New York City tours by double decker bus are a prime option. This lets you get around the city without having to fight the traffic or risk mis-navigating and getting lost. Plus, you can hop on and hop off as you please to create your own unique route, if you get an all-day pass.

At rush hour, it’s faster to move by foot on the sidewalks of Manhattan than to drive by car down the streets. And given that Manhattan has an easy, squarish grid, one can navigate a few blocks in each direction from his or her hotel with relative ease.

You’ll need to observe NYC sidewalk etiquette (never block anyone’s path around you), and you may not want to venture out late at night (though New York is a relatively safe city, even after dark, these days); but there are likely a number of attractions within walking distance of your hotel.

Another way to get around is to rent a bike (there are bike rental shops dotting the whole metropolis). Biking along the Hudson or Harbor shores is very scenic, as is traversing Brooklyn Bridge on bike or coasting through Central Park. Try biking the High Line park, a 1.5 mile long green belt on an old rail line spur.

There are over 13,000 taxis in New York City, and you’ll probably use them at least a few times during your trip. First, from airport to hotel is a usual taxi-handled trip, often costing around $50. Second, if you need to get from hotel to Times Square to start your bus tour or to Battery Park to sail off on a Liberty Tour, taxis are likely your means of transport.

Finally, anytime you want to go to single destination too far to walk but not all the way across town, a taxi can be ideal.

5. When to Use the Subway

A one-time subway fare is currently $2.50, very cheap. And you can get a MetroCard at a reasonable price from an ATM-like machine located in any given subway station.

The subway runs 24/7 and has been a New York staple for over a century. At least one subway ride is needed just for the experience. You might want to avoid the rush-hour subway crowds from 8am to 9:30am and from 5pm to 6:30pm (on weekdays.) But when you want to cross large sections of the city quickly for a there-and-back trip, take the subway.

6. Getting Around on New York Waters

Finally, you can also get a great view of the city skyline, reach islands like Liberty Island and Ellis Island out in the harbor, and stop off along coastally-located tourist sites, via water transport. Look for water taxis, ferries, and even yachts and sailboats for a more leisurely, recreational experience.